On the 7th of May ZUsammenKUNFT, Kunst-Stoffe, Material Mafia, Circular Berlin and the Chair of Circular Economy and Recycling Technologies of TU-Berlin presented the idea of establishing a “Haus der Materialisierung” as one of the pioneer users at the Haus der Statistik initiative. The event took place at the Werkstatt of the Haus der Statistik, and was kindly supported by Re-Use Berlin.

About the Haus der Materialisierung

Haus der Materialisierung is a pioneering learning center for resource recovery and zero-waste activities. It is a place where used materials and workshop spaces are made available for experimentation to enable re-use, repair and re-manufacture, materializing circular economy practices. The center aims to become a melting pot of knowledge, creativity, and production of conscious & sustainable products and services, bringing together entrepreneurs, creatives and academia.

How the event unfolded

The event gathered a total of 79 participants with an interest in the reuse, repair and re-manufacturing scene in Berlin. The event started at 15:00, with a tour of the area designated for a future “Haus der Materialisierung”, the Archiv E and Kantine D sections of the Haus der Statistik. There the participants explored the space in two groups, heard about the work done to establish the Haus der Statistik initiative, and the possibilities and difficulties of the space. Later, the group relocated to the Werkstatt room, where short presentations introduced them to the planning of the renovation work, what is expected from pioneer users, what is the main vision behind the “Haus der Materialisierung”, and what were the main results of the previous CURE project and a similar network meeting. The slides used for the presentation are available here.

After the presentations, the participants took part in an interactive workshop, where they were asked to answer how they would engage and organize four main themes: implementation, resources, organization and usage. The results from the workshop summarized and are available here in English and here in German.

The mood during the workshop was very positive and the participants were motivated, very competent & goal-oriented. Decisive insights from the workshop were that, due to the limited time, a fast action to define a common organization and procedure is very important. Some working groups were already formed and it was suggested to regard the first year of use as an experimental period and test phase, to be followed by the submission of funding applications for the tested projects during the second year, to provide stronger support. By defining constant, but also flexible, temporary room types, vacancies should be left for future users to enable a continuous, lively transformation. It was also stated that cooperation with the neighborhood should be taken into consideration in order to counteract conflicts (e.g. noise) with active involvement. Of great importance to the participants was also to help establish security in the space, to keep materials and tools.

After the workshop, there was some time for a joint reflection and some questions. The participants were welcome to stay and mingle further, or join a second tour of the space, that started at 6 and was given in English, with some new comers and some participants that had arrived too late for the initial tour. After this second tour there was time to mingle and have some snacks at the Werkstatt room. 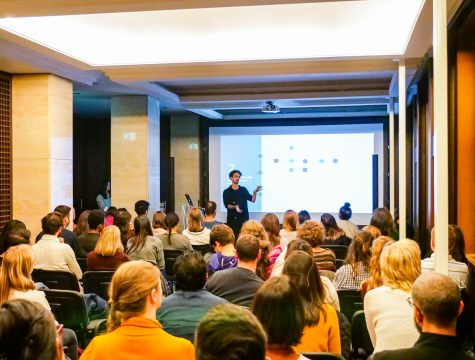 Berlin’s path to a circular city – time to start 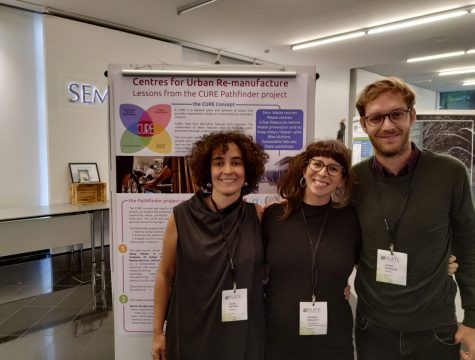 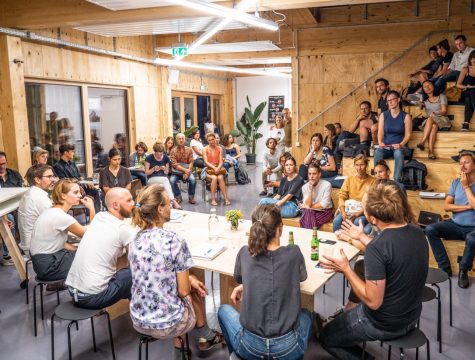 Learning from spaces or how spaces can underpin circular construction