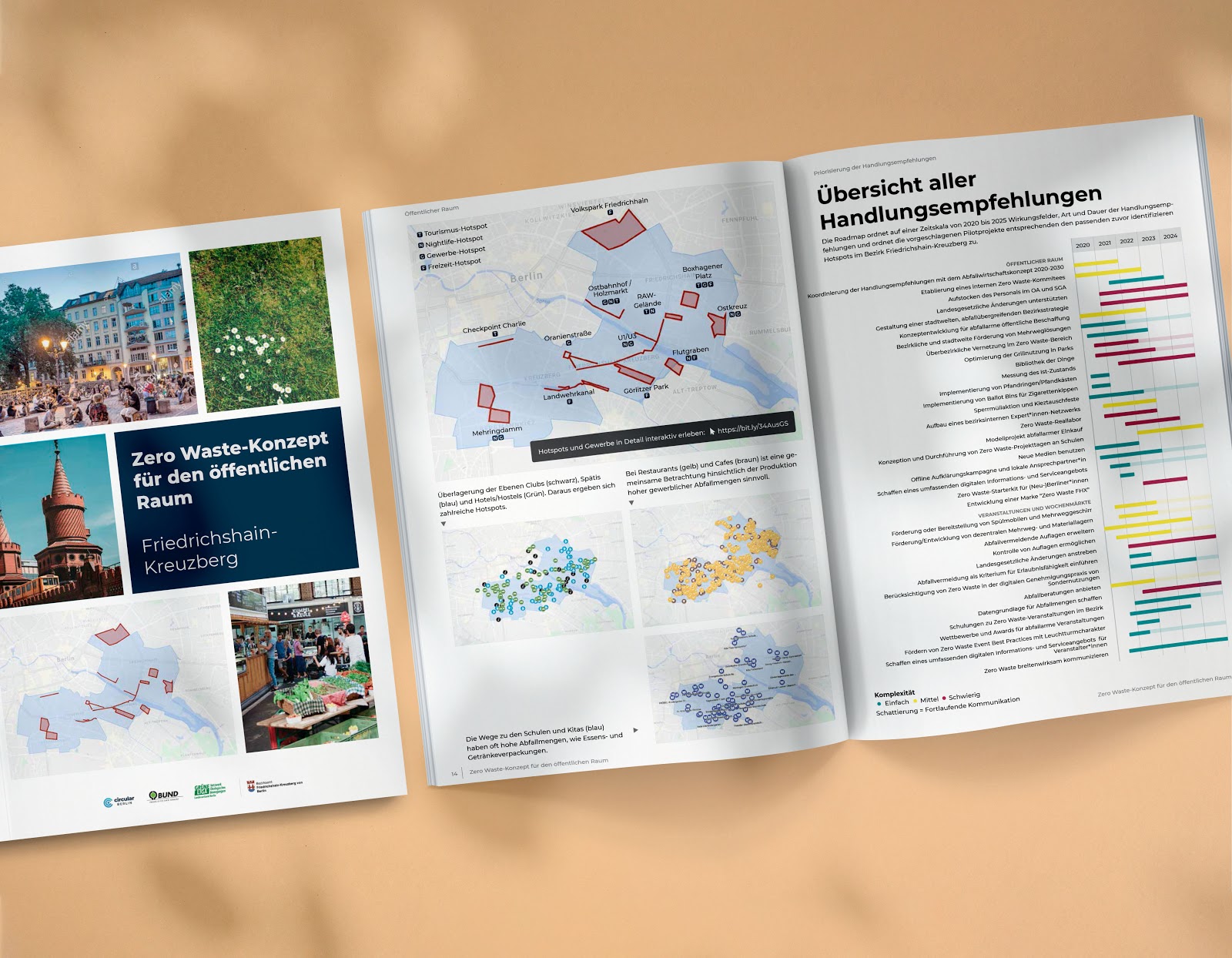 The project measured the status quo on waste in the district, researched best-practices from around the world and developed 37 concrete actions which the municipality can implement.

With a rising population and waste quite visible in the public space of Friedrichshain-Kreuzberg, the municipality wanted to know what concrete actions they can take, regardless of city or national politics.

Looking at waste from a systems perspective, we defined zero waste as “the waste that doesn’t get produced”. We first identified the main waste issues in the district, along with the hotspots where it occurs. In parallel, we looked at what we can learn from prior work in the sector on a local, national and international level. Finally, we combined the findings with our expertise in order to develop solutions for the municipality.

We identified 23 best-practices from around the world, focusing on public spaces and events. 37 concrete actions were developed, which can be implemented or initiated by the municipality in a timespan of 5 years. The projects focused on:

These actions can be implemented at a district level or in the 12 main waste-hotspots which were identified during the project.

The district planned to implement the first measures as early as 2020. The selected measures include zero waste neighbourhood initiatives focusing on the waste- hotspots such as Boxhagener Platz, the installation of ballet bins for cigarette butts, the ban on disposable barbecues, the expansion of the libraries of things and the provision of comprehensive information material for event organisers. From 2021 it is planned that all event organisers should present a waste management concept for major events.

Berlin’s path to a circular city – time to start

Circular cities of the 21st century, how are they defined and where is best practice?